Our recent family retreat to Margaret River in Australia ended at Sea Gardens Cafe, a quaint eatery overlooking the sea, headed by only French one chef as far as I could tell, my sisters disagree with this and believe him to be Italian. This restaurant is synonymous with the atmosphere that surrounds the region, and most of Perth from my experience, casual, laid-back dining, with really really good food. I picture residents of Margaret River strolling in on a lazy Sunday afternoon, having a cup of tea, some (delicious) breakfast, reading the newspaper with the waves crashing in the background, amidst an air of calming tranquility(The eatery is actually pretty far from the sea so you might not actually hear the waves, though Im sure this can be resolved with a good imagination). It’s not hard to understand why many end up retiring in Perth, have I mentioned that the food is good? 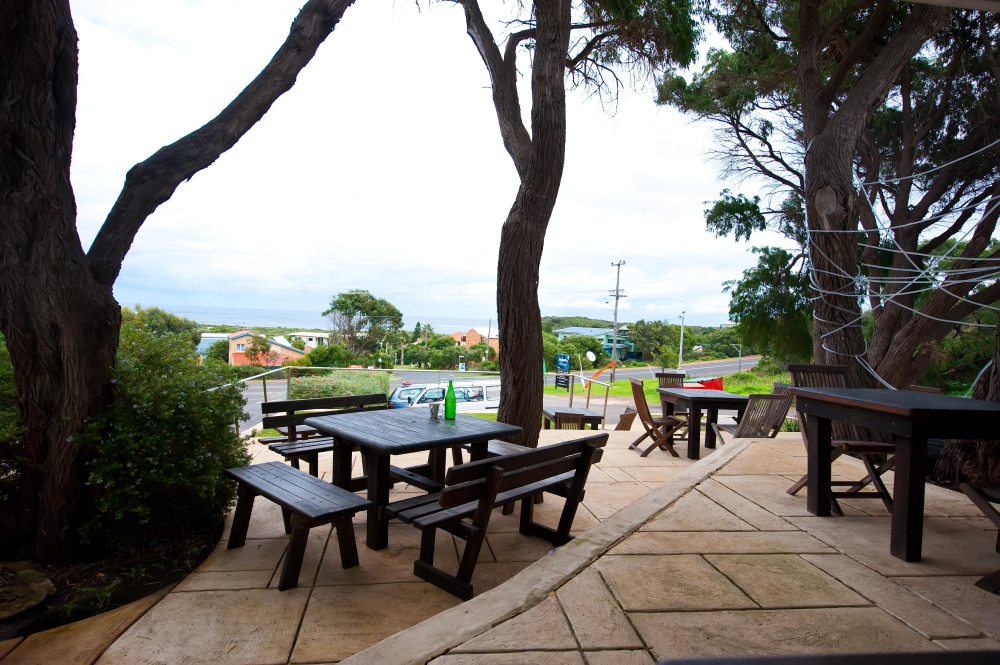 I absolutely love chocolate on french toast, I love it in any way, shape, or form. But that doesn’t mean I don’t take a greater appreciation when its done right. The chocolate was so freshly melted that you could see tiny pebbles melting under the heat of the toast as the plate is set in front of you. I usually take the side of “more is definitely better” when it comes to chocolate, and it doesn’t look like there is much chocolate on the toast, but the amount was perfect,  the chocolate balanced itself out with the maple syrup on the plate, one did not overwhelm the other. The choice of bread was simple enough: Brioche, the most luxurious of all breads, with a velvety buttery soft center, dipped in egg and cooked to such perfection that it formed a beautiful crust, crisp to the bite despite being coated in chocolate and maple syrup. Superb

Eggs Benedict is something I always order when I go for breakfast, its delicious but also very easy to do badly. While this version wasn’t done badly, it wasn’t great either. Smoked salmon had good flavour but it did somewhat overwhelm the hollandaise sauce, but having the smoked salmon together with the roasted asparagus in every bite brought the dish to life- the sweet, nutty, earthy flavours of the roasted asparagus complimented the smoky, saltiness of the smoked salmon. It was almost like a match made in heaven. The poached eggs were decent, I’ve had worse, but Im going to go on record and say that after having sous vide eggs, I haven’t looked at poached eggs quite the same way. Call me spoilt, but you be the judge. Okay 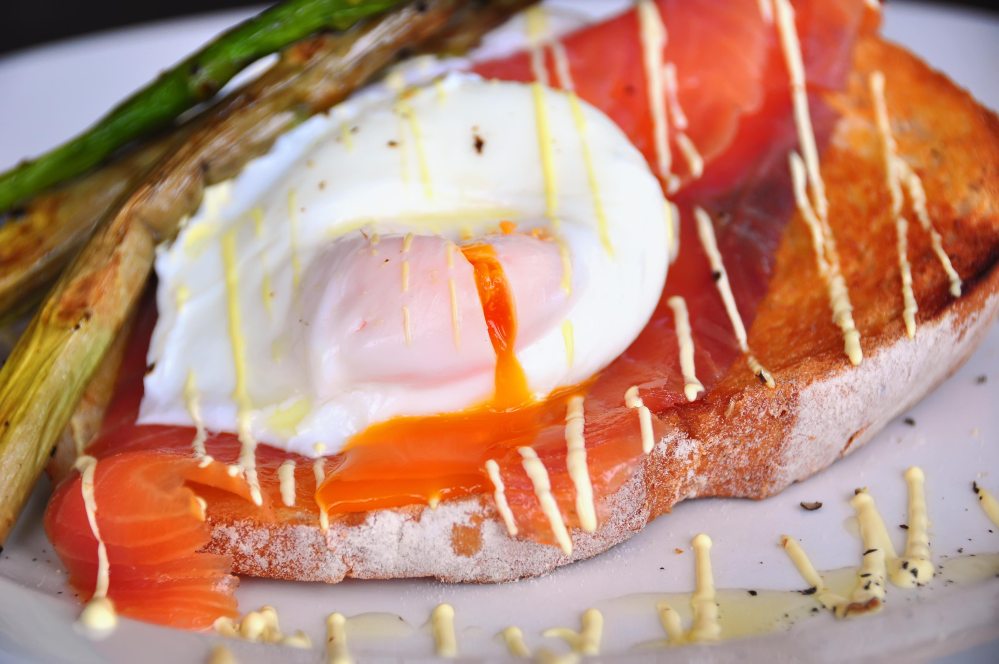 I didn’t have much of this, and I honestly didn’t think it would work together. The plate was like a collage of the sour, even the mushrooms were cooked in a liquid(balsamic I think) that made them sour. Yet strangely enough, everything did work well together, the few bites I had were very refreshing and the quality of produce was incredible. Good 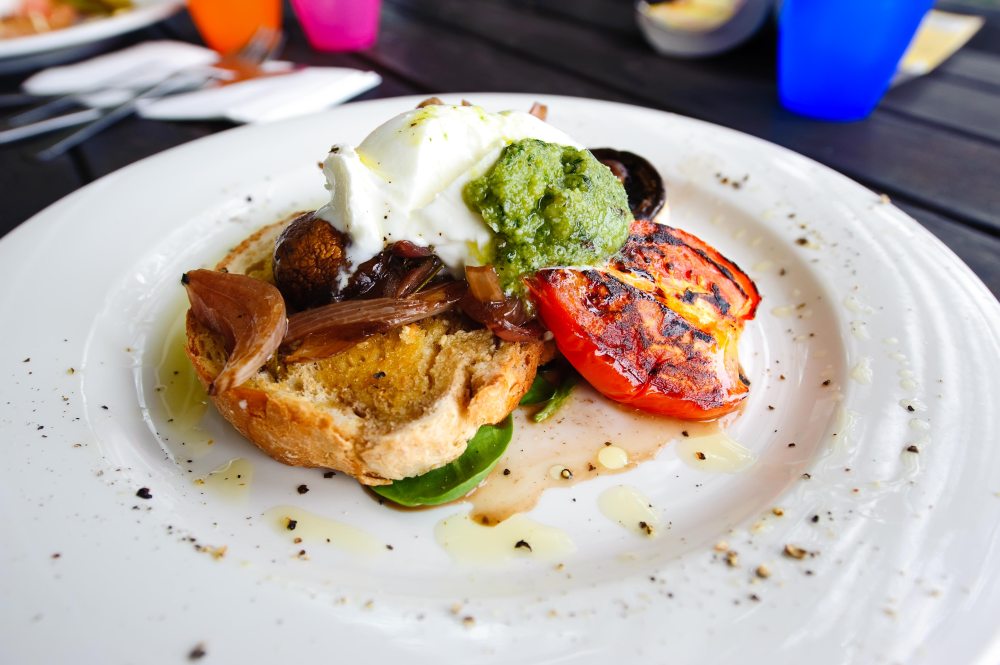 Once again, I didn’t have much of this, but neither the chorizo nor the baked beans really wowed me. Okay 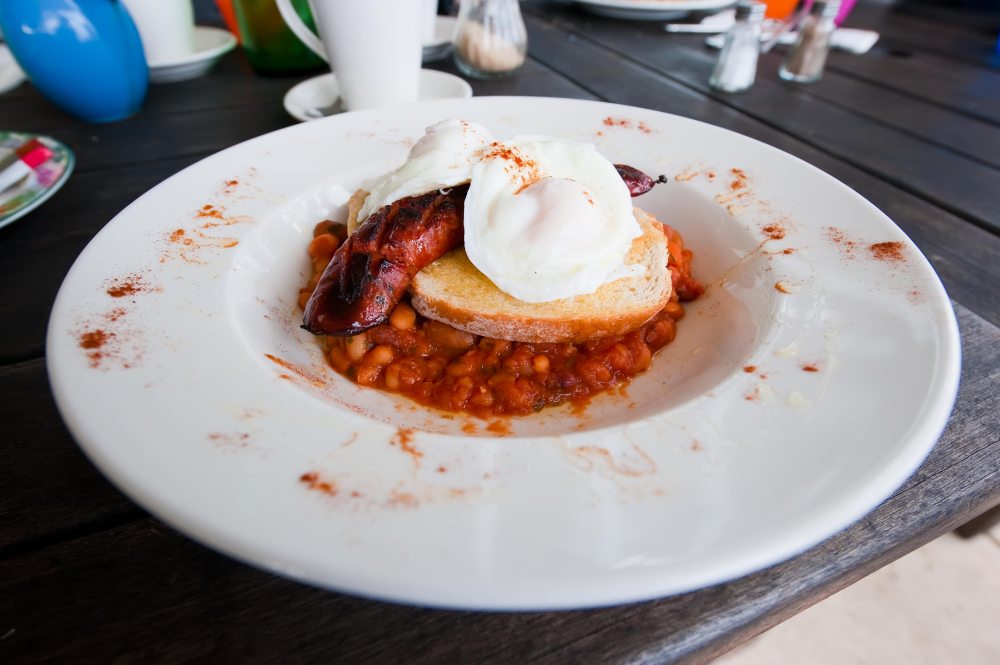 A fitting conclusion to our hearty breakfast was this muffin, possibly the best I have ever had, baked with tiny disks of chocolate sitting on its head till the muffin had a crisp, brown crust. But one swipe of the fork reveals its incredibly soft, moist, and fluffy cake-like center, embedded with blueberries. It was not a fancy muffin in the sense that there were no extravagant ingredients or techniques involved, but it was done right, and it was delicious. Very Good