I’ve never been much of a squeamish or fussy eater, but I’ve never really given offal much of a chance either until recently, and I realised that I have taken quite a liking for it. Ever since the resurgance of head to tail eating, led by head chef Fergus Henderson, St John has long been on my radar. Having convinced my family to do a quick stop in the UK, St John was the first meal I had reserved. My initial reservation was at St John bar and restaurant, as the name suggests, it is more of a restaurant setting, meaning bigger plates with more food. I eventually found out about Bread and Wine, a more tapas style of dining, smaller plates, with more sharing involved. I started asking around for opinions, and I didnt seem to get much additional information, most couldn’t choose between the two- the general concensus was quite simiar, the food is great at both places. I ended up deciding on Bread and wine, it would give me the opportunity to try as many dishes as I could possible handle. The only downside is that the infamous bone marrow toast isn’t served at Bread and Wine. Oh well, you can’t have the best of both worlds.

The collagen from the pigs head really gave the dish a unctuous, rich, meaty mouthfeel, yet the vegetables cut a richness down a tough. The pigs head was not overlooked and had a really soft texture. Strong flavours, very hearty.  Good

This had a surprisingly smooth, creamy consistency, but still had the chunky separation and definition of meat. The pickles were amazing, brined for the perfect amount of time, enough to provide a refreshing burst of white wine vinegar, but not so much as to make it biting on the tongue. Good

My favorite starter of the night. A very rich, complex blood cake combined with the creaminess of the duck yolk, which helped to  mask the slightly dry interior of the cake, made for delicious eating. Edges of the cake were crisp, interior was soft, there was no pungent smell from the blood.  Very good

The taste wasn’t as intense as I thought smoked mackerel would be, to be perfectly honest, it tasted a lot like tasted a little like a high end tuna spread. Not my fav. Okay 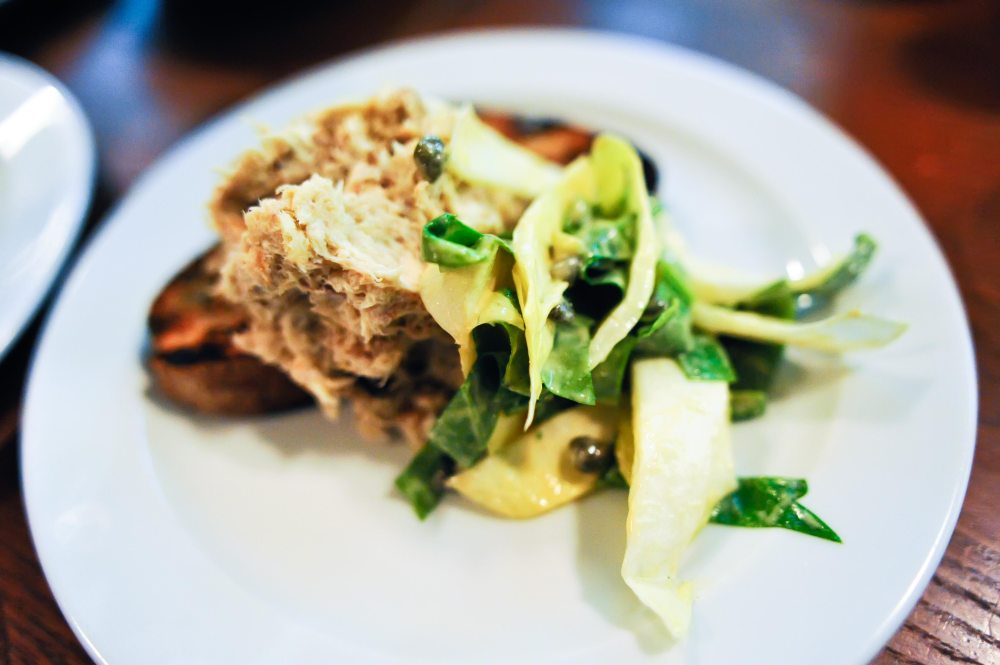 Really filling dish, lentils were a little too heavy and rich when cooked together and eaten with the squash, but the presence of the yoghurt really served to bring the richness of the lentils down. The lentils were nicely cooked, it had a softness to it but wasn’t overcooked, so that every lentil still had definition when you bit into it. I was close to bursting at this point of the meal. Okay 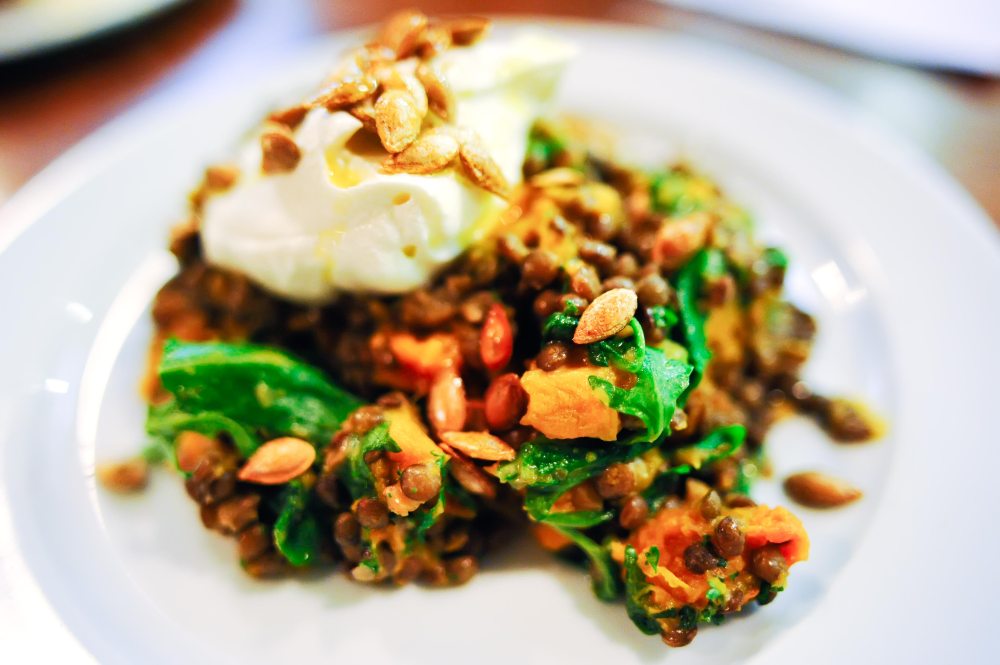 This was the only main that we had on the night. The duck was very lightly cooked, the enormous amount of swede puree made the dish a little too sweet for my liking, completely overpowered the sauce. Confit(thighs) were a little dry and the meat was stringy , while the breast was lightly sauteed and left very rare, not for the squeamish about those who like their meat rare. Bad 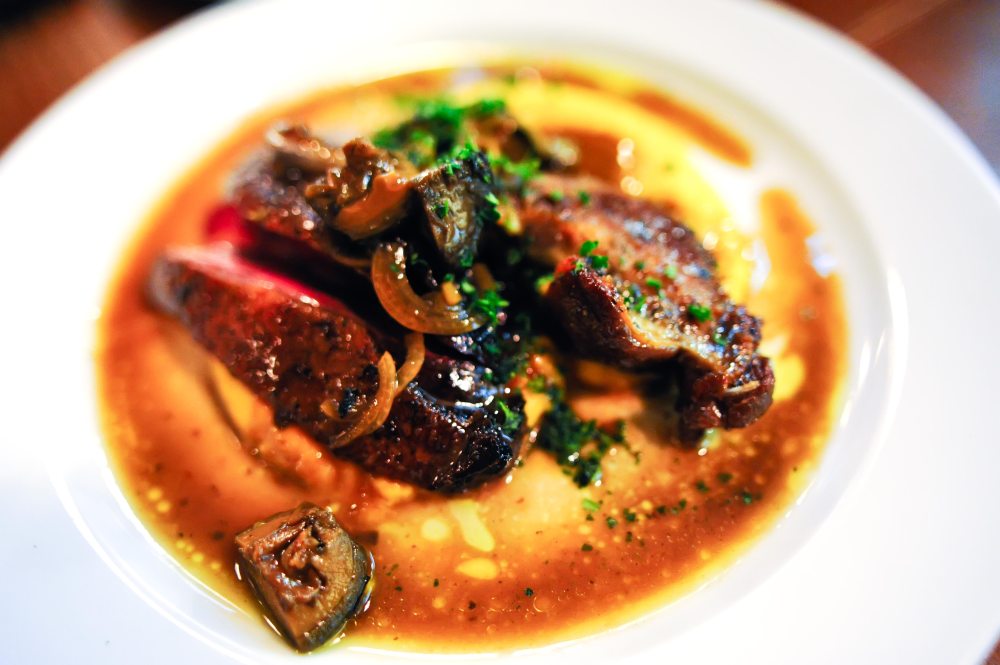 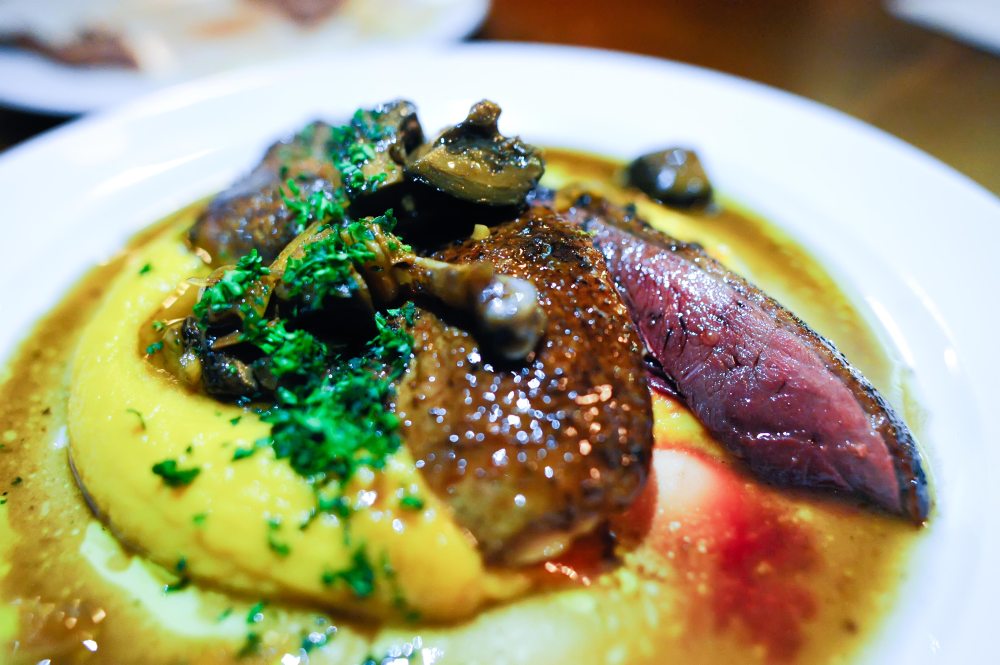 The heart had a  deep, rich complex taste, with a chewiness akin to that of a steak, despite being so thinly sliced. Celeriac strips in mustard served to cut that richness, and did so perfectly. One of the best starters of the night. Good 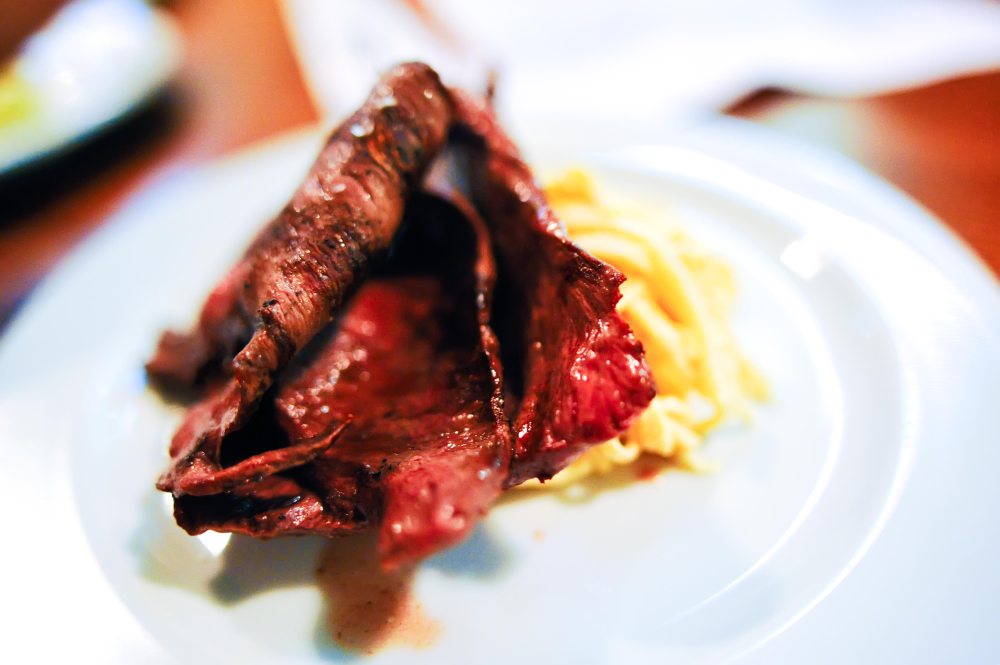 A very rich, hearty soup. The trotter was cut into strips and deep fried, which added a nice contrast to the dish. Snails were a little lost in the sweetness of the celeriac soup. Okay

Custard bottom, fruit compote center, topped off with meringue.I only managed two scoops, but it was too sweet. The meringue was good though, it had a thin, crisp crust, but the center was creamy and light. Bad

Everyone was completely stuffed after the meal, even the waitress made a comment about how we had done very well with the menu. I felt like my center of gravity was a few inches closer to the ground after the meal. Overall, I wasn’t disappointed with St John despite having fairly high expectations of it. The dishes made from the ‘lesser cuts’ of meat were all delicious, but it was the ‘simpler’ components that surprised me- The pickles, the celeriac tossed in mustard, a lot of thought was put into the supporting cast, and the results show when you eat the dish as a whole. I can see understand why people speak so highly of St John, it’s a place you have sit down in a comfortable setting, speak loudly with friends, have a good time, and still manage to get your hands on some very decent food without spending too much cash. I cannot wait for the day that I get to have a meal at St John Bar and Restaurant, its only after I get my hands on that bone marrow toast that I can confidently tell people, “I’ve eaten at St John.”

One thought on “St John Bread and Wine, United Kingdom”