Baker Bounce was my 2nd (out of 3) stops of my burger tour in Japan, Baker bounce has 2 locations in Tokyo, one in Sangenjaya, which I went to, and one in Tokyo Midtown, near Roppongi station. The menu is quite extensive, including non-burger related items, but I was there for one thing and one thing only

Some, maybe even many, will disagree with me when I say that a fried egg in a burger only serves to make it better. I don’t see how yolk dripping down your fingers and the sides of your hands, moistening every bite, making the burger even richer couldn’t possibly elevate a burger. Baker bounce definitely knows this, they serve 2 fried eggs, whites perfectly cooked with some browning, yolks still liquid, atop an open faced bun. For some reason that I can’t fathom, all the burgers I had in Tokyo were served open faced, and you had to ‘build’ the burger yourself, by ‘build’, I really mean put the buns together and slip it into  a piece of waxed paper. Its almost like they’re trying to tease you- all you want to do it sink your teeth into the burger the moment they put it in front of you, but no, you have to work for it, you have to slap an empty bun onto the filling, you have to pull out a piece of wax paper, then gently try to caress the burger, which is obviously too big to fit into that damned piece of paper, inching it closer and closer to the edge, till it slips in, and you feel like you have accomplished something tremendous, the reward for your hard work right in your hands. But I digress, the burger at bakers bounce, is good. The meat takes a much more prominent role in this burger compared to great burger, the tomato and homemade tartar sauce shine through, but the vegetables get overpowered by the beef patty and the bacon(this is not a bad thing), the bun falls a little short compared to great burger, although the one at great burger was pretty…. great…. I would rate this higher than the burger I had at Great burger, this just felt a little more.. Manly and satisfying. Two words I never thought I’d put together in the same sentence.

The real surprise for me was the potato wedges, shatteringly crisp on the outside, well seasoned, lots of nutty browned flavor. I’d go as far as to say that, while they are not in the same league as Heston’s triple cooked chips, they are not that far off either. Overall, this place is definitely worth a visit, more so than great burger, although great burger has a much nicer space and overall a place you would want to spend the afternoon in, Baker bounce, not so much. Good-Very good 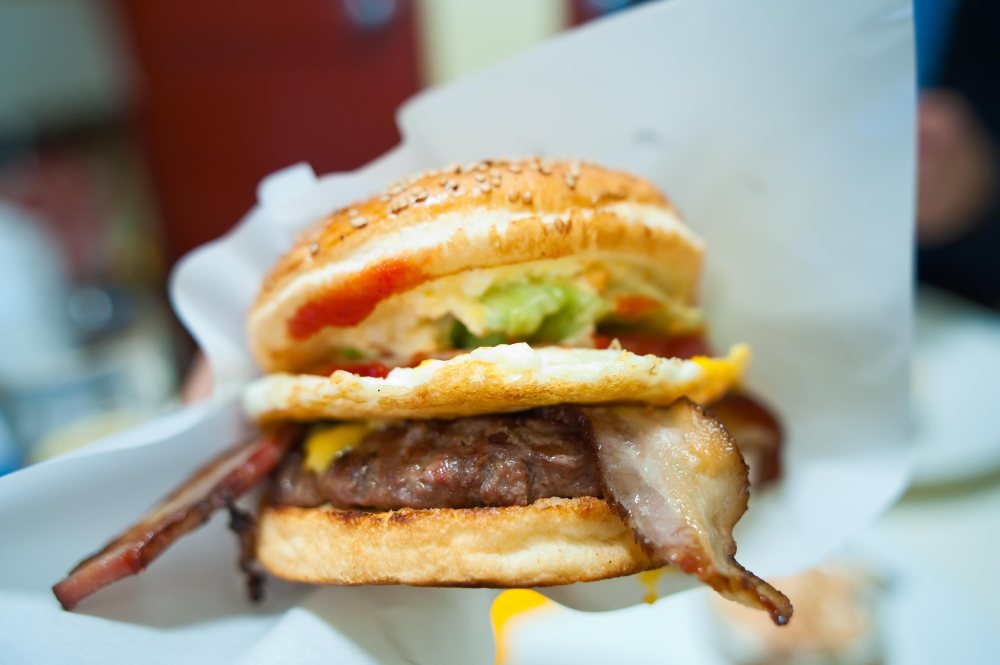